A church dedicated to St. Mary has existed on the present site since Saxon times - more than 1000 years. The structure has been greatly adapted and modified over the years in response to the changing needs of the parishioners. The oldest part of the church still in existence today is the nave, built in the early 15th century by James de Radcliffe, the Lord of the Manor at the time.

Major renovations, to include the addition of toilet facilities, were carried out on the church in 2008/2009. It is hoped to benefit from improved facilities by opening the church building more often for coffee mornings and other social events. In 1966 it was designated a Grade I listed building by English Heritage under its former name of the Church of St. Mary and St. Bartholomew. In 1991 the parish entered with the parish of St. Thomas and St. John into the new Benefice of Radcliffe, and the church adopted its present name.

The historic importance of the church and its status as a Grade I listed building is celebrated annually through the Heritage Open Days, when the church is opened to the public for viewing.

Below is a copy of our Guide Book written by the late Geoffrey Howard in 2000. It is currently being revised and updated to include all the changes to the church since 2000. 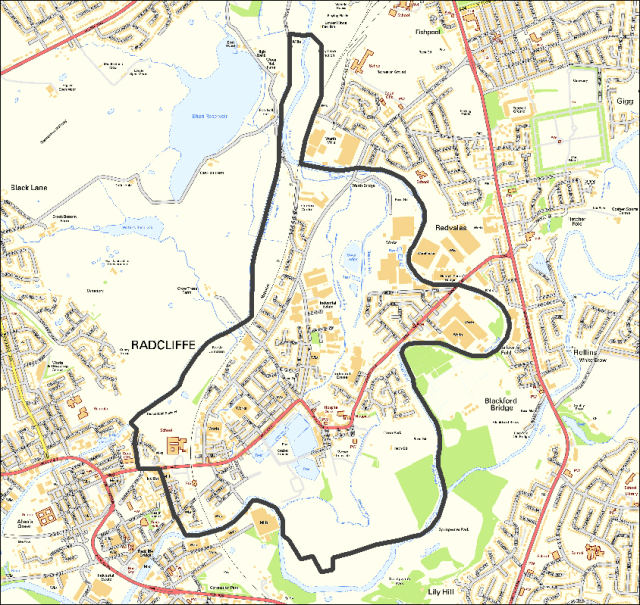